Shopping Cart
Your Cart is Empty
Quantity:
Subtotal
Taxes
Shipping
Total
There was an error with PayPalClick here to try again

Thank you for your business!You should be receiving an order confirmation from Paypal shortly.Exit Shopping Cart

The Bethesda Baptist Church Community of Faith was birthed July 29, 1879 with a membership of twenty-two (22) earnest loyal persons coming from the Gillfield Baptist Church, Petersburg, Virginia.

The first sermon was preached under a bush arbor on the spot that the present church now occupies. The late Reverend Henry Williams, D.D., Pastor of Gillfield Baptist Church, Petersburg, Virginia, delivered this sermon.

The first pastor of Bethesda was Reverend Edward Jackson Bland who served from 1879-1886. Under his leadership, he commenced the first building and Sunday school was organized.

Reverend W. R. Brown served as Pastor from 1889-1892. During his leadership, the first building was completed, the Choir was organized, and parents were encouraged to pursue higher education for their children.

In 1892, God sent Dr. Joseph Endon Jones, who also was an instructor at the school known today as Virginia Union University. God gave Dr. Jones a vision for a larger building. On December 19, 1894, land was purchased to have a more appropriate place to worship. In the year 1903, a new edifice was completed and dedicated. Under the leadership of Dr. Jones, he got the members interested in the education of young people of the church and organized the Chesterfield County Sunday School Union No. 1. Dr. Jones served as Pastor for twenty-nine years (29) until the Lord called him home on November 14, 1921.

Under the leadership of Reverend Bill A. Beard, our present sanctuary was built. The first service in the church was on Sunday, April 6, 1958. On June 23, 1970, Dr. Lester T. Whitelocke became pastor of Bethesda. The Reverend Alonzo Elliott was the first Associate Minister of Bethesda. During Dr. Whitelocke tenure, the current annex was added.

In September 1984, after serving 3 months as our interim, Rev. Roscoe H. Jones, Jr. became Pastor. Under his leadership, the reconstruction of the Mission’s Ministry to promote extensive mission outreach through the work of the Canvass Committee was established as well as the tape ministry, Maude Patterson Berry Scholarship Fund, Information Tape Ministry, and the Health Care Ministry.

In December 1995, we also purchased 11.24 acres of land for the purpose of Ministry Expansion.

Under the leadership of Pastor Jones: twelve (12) Ministers were birthed, four (4) Associate Ministers are now Pastors, and two (2) of these Associates are Founding Pastors.

On October 29, 2006, Reverend Juanita A. W. Harrison was installed as Pastor. She is the first female to hold that position. Under the leadership of Pastor Harrison, we currently have a Ministerial Team of twelve (12) persons and four and seven (7) Diaconates. The BBC Training and Enrichment Institute was launched and is approaching its 5th year in operation. BBC is “breaking out the box” in ministry. The media ministry has expanded to include airing several commercials, daily broadcast and implantation of a media resource table. BBC has written our own Church school curriculum, which has sparked great excitement among the congregation. BBC has forged a partnership with Cancer Centers of America, Journey of Hope program, to begin a cancer support ministry in our community of faith, as well as facilitate, encourage, and support other churches in providing this ministry as well. We have renews our relationships with the BGC and the Shiloh Baptist Association, and we are the hosts for their 150th Annual Session, to be held next week. Our Youth Ministry is breaking out the box, by holding youth service the first Sunday of each month. We are partnering with someone a little further along on the journey to break out of the box at our Happy Hill Road property. BBC is breaking out the box by doing a total renovation of our current sanctuary.

God has abundantly blessed Bethesda through Pastor Harrison by the 7 Decisions she has cast for this congregation of believers: Believe in the Lord Jesus Christ, Confess with your mouth what you believer, Let God – Be God,

Study the Word of God, Walk with others further along on the journey, Never give up and Bless the Lord at all times. These decisions have brought a renewed sense of fellowship throughout the church and into the community. We decided to be grounded in Christ, growing in Christ and going in Christ.

We are determined to Be The Church. 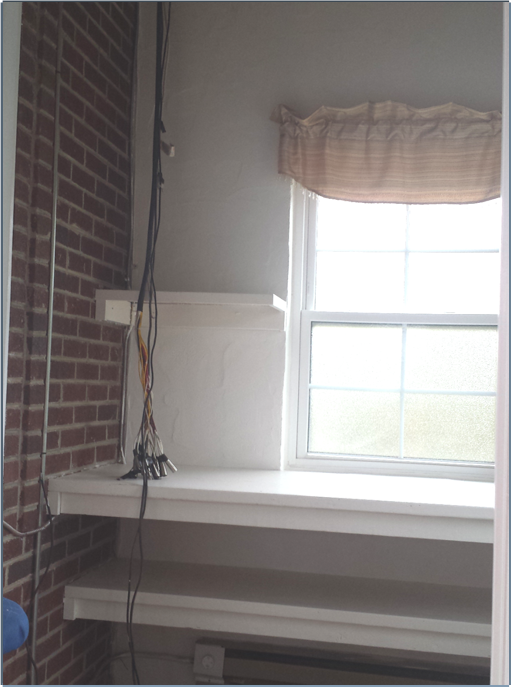 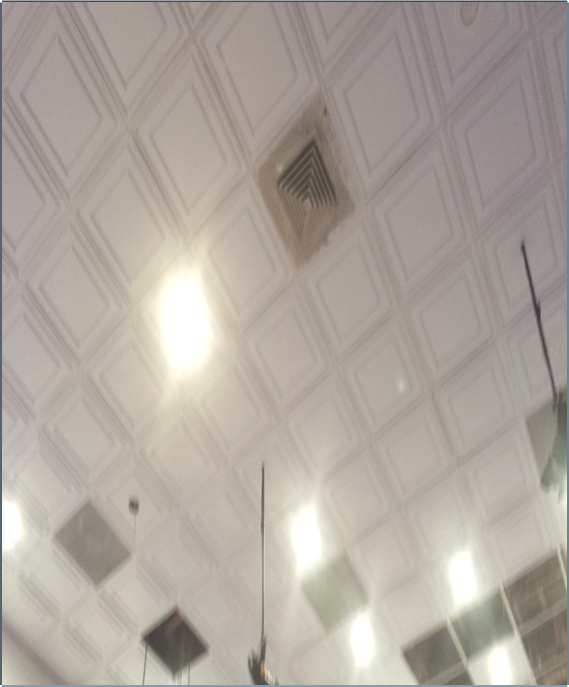 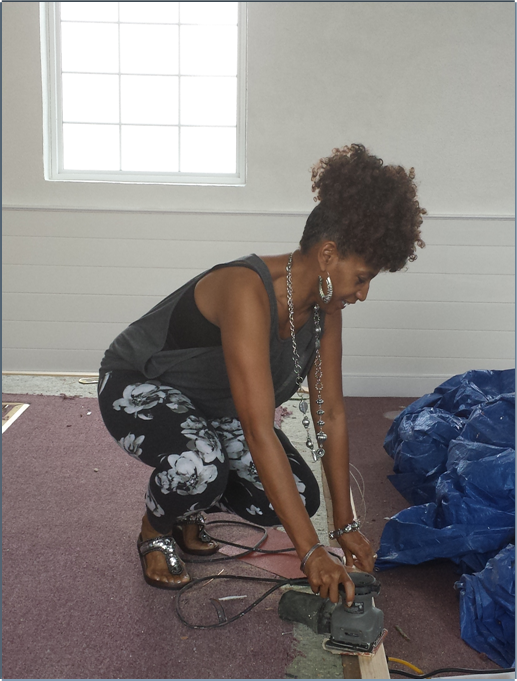 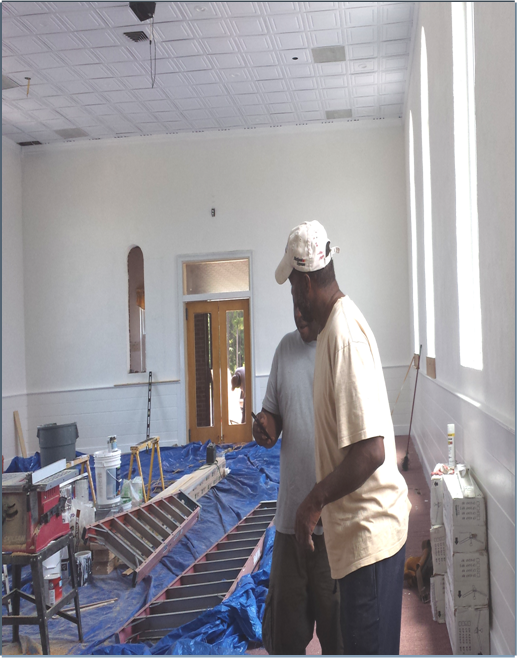 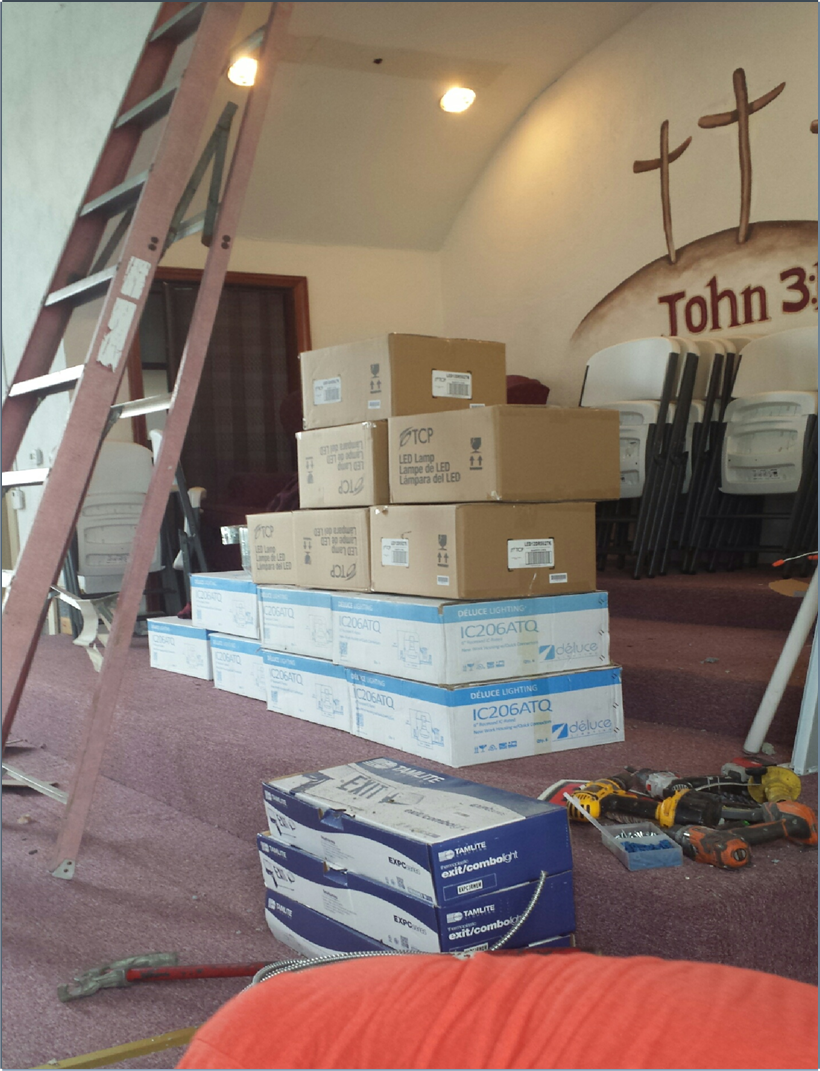 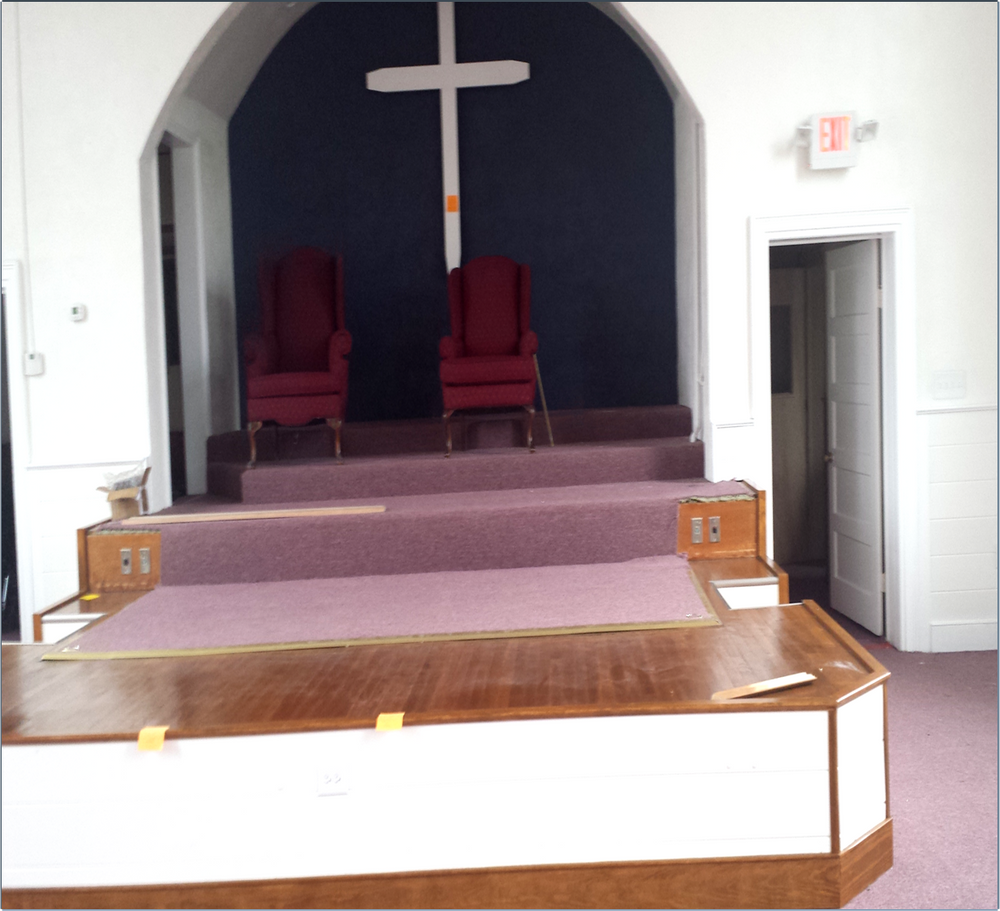 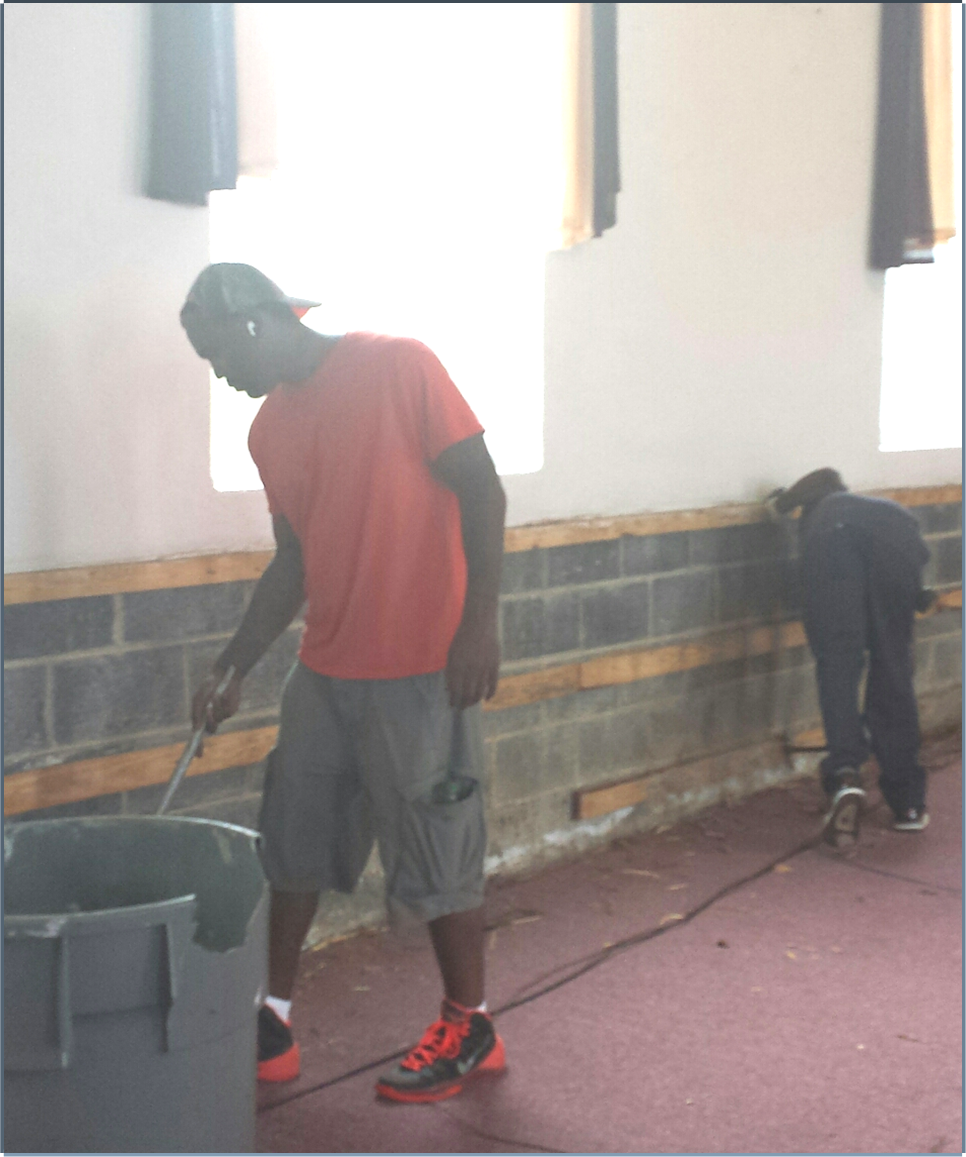 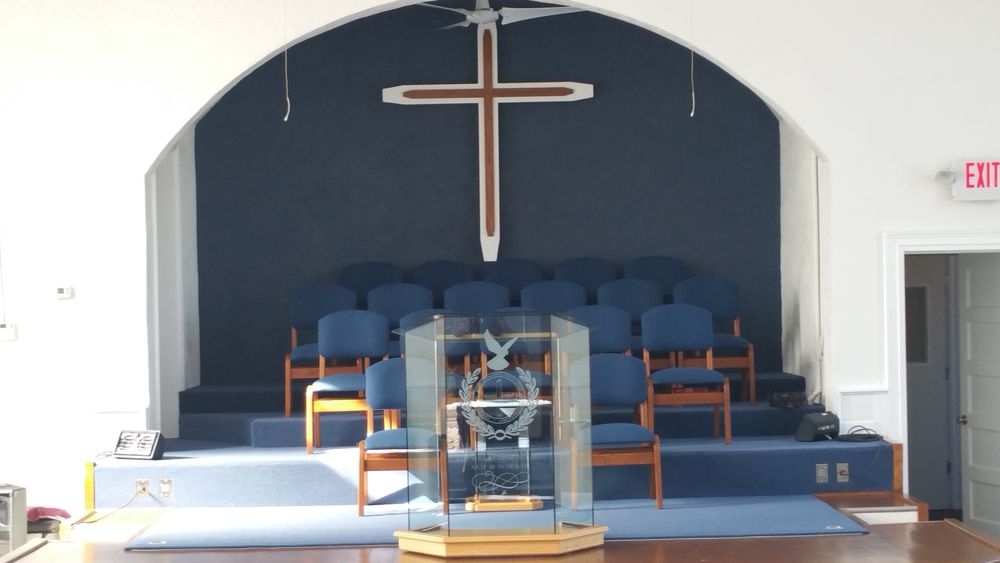 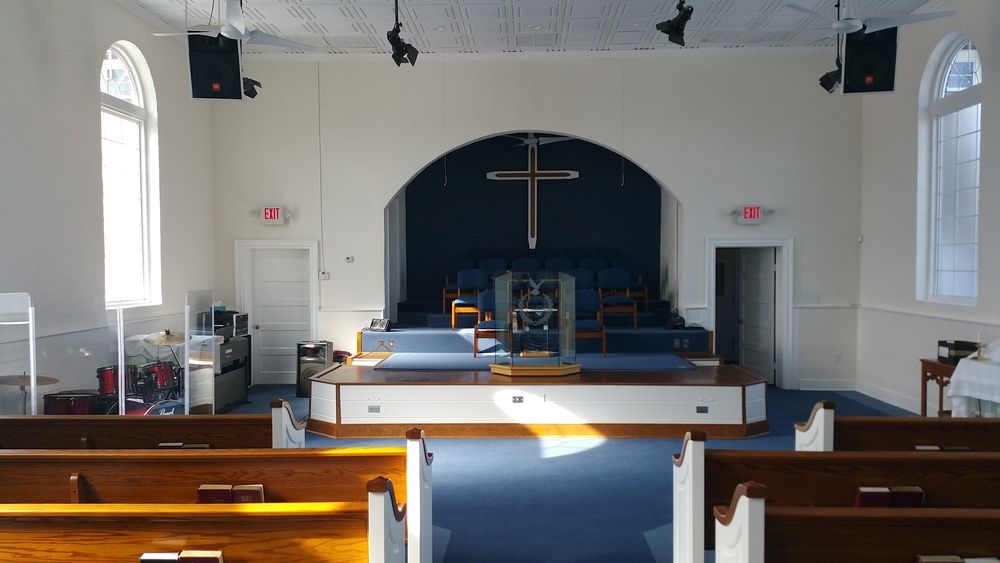 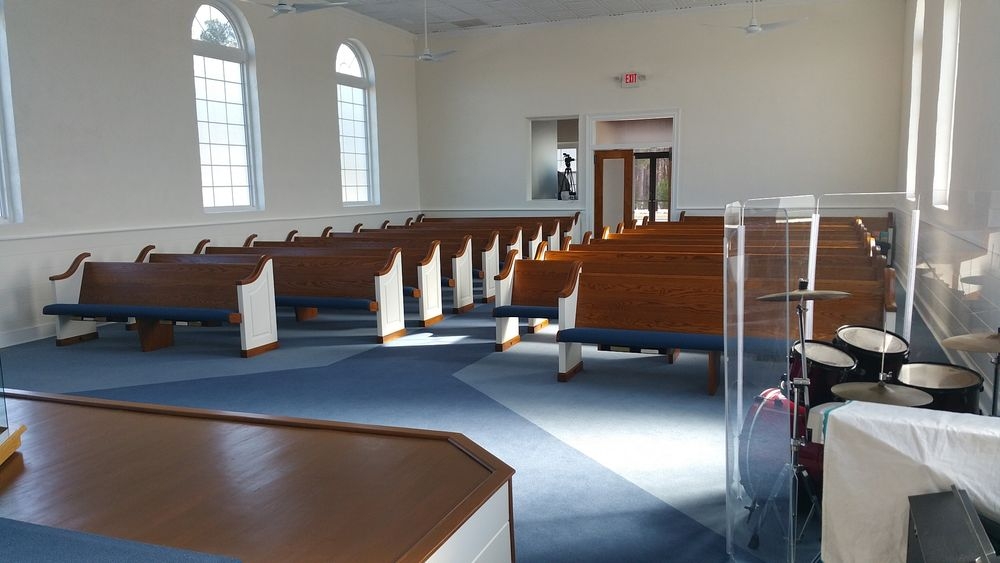 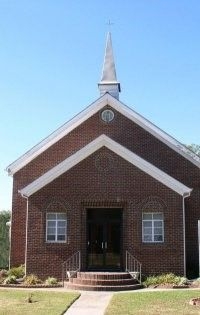